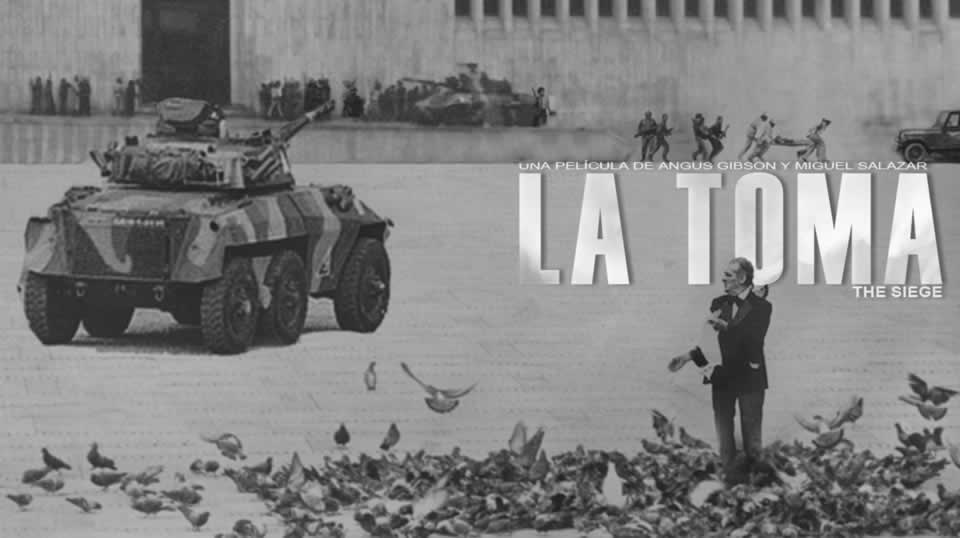 The bodies of their loved ones are yet to be returned

On the 6th November 1985 an event took place in downtown Bogota that changed the course of Colombian history. Thirty five members of the guerilla group, M -19, burst into the Palace of Justice and took 300 people hostage. The Colombian government refused to negotiate with them and opened fire. The country watched events unfold in real time on television, transfixed. Lasting 28 hours, the siege of the Palace of Justice, a brutal and bloody battle, left 94 dead and at least 12 people disappeared in its wake. For 24 years, the families of the disappeared have been searching for the truth about their loved ones.

La Toma is an extraordinary feature documentary film that revisits the siege with fresh eyes, revealing the dramatic events from the  intimate perspectives of its protagonists. Using archive footage never seen before, it pieces together a story so dramatic, one has difficulty believing it’s not fiction. The film follows the trial of Colombian military, Colonel Alfonso Plaza Vega, weaving the historical narrative of the siege, through the contemporary lens of the trial.

La Toma is a collaboration between Angus Gibson and Colombian director Miguel Salazar. It is a co-production between Pivot Pictures, Bomb and a Colombian production company, Dessu Productions.